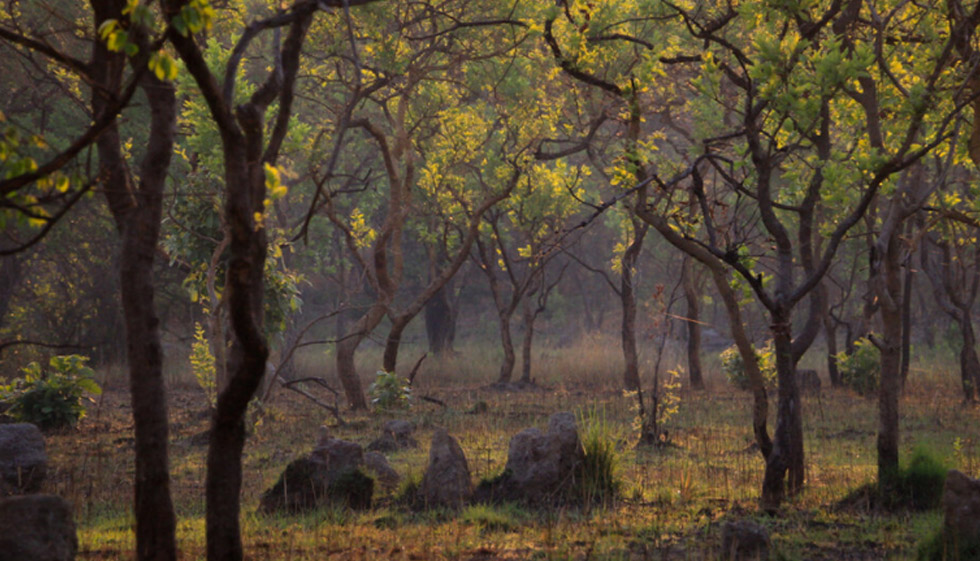 West Lunga National Park is one of Zambia’s less-visited Parks. It was proclaimed in the 1940s to protect the population of Yellow-backed Duiker, but it has had little official interest over the years and has mainly been used for hunting and fishing by the local communities.

Recently the West Lunga Development Trust was set up to help conserve this pristine and relatively sparsely populated area of Zambia. Local communities have been mobilized into Village Action Groups and Community Resource Boards are being set up to sustainably manage the natural resources. A game counting program has been started and with more controls, West Lunga can expect to see a rise in wildlife and visitor numbers in the future.

The Park is famous amongst ornithologists for the controversy surrounding the only endemic bird species, the white-chested tinkerbird. In 1964 a single specimen of this bird species was found. Avid birders have made numerous unsuccessful attempts to find more, making some think that the species was named after an aberrant individual of the golden-rumped tinkerbird.

The Park has no facilities so visitors must be completely self-sufficient. There is no accommodation and there are no towns nearby. Although the forest is slightly sparser in winter, the evergreen forest is thick and impenetrable all year round.

West Lunga National Park lies about 10 km north of the gravel road from Solwezi to Kabompo. It is reached by a dirt track from the main road to the Park gate and base at Jivundu in the south-west.

The Park is 150km northwest of Kafue in the Northwestern Province. It is 1700km² of Miombo and Mukwe forest, wetlands (called dambos in Zambia), open grassland, and Papyrus swamps. The beautiful Mukwe, or Cryptosepalum forests are an endemic feature of this area of Africa and it is the only Park in Zambia that is predominantly covered with forest. These are distinctive, dry, evergreen forests that are regarded by botanists as forming the largest area of tropical evergreen forest in Africa outside of the equatorial zone. Although the rainfall is relatively high at around 1000mm per annum, the soils are very sandy and well-drained, which means that, apart from the rivers, there are no permanent surface water bodies. The dryness, the nutrient-poor soils, and the density of the vegetation are the reasons that this area is so sparsely populated. The Park is bounded by the Kabompo River to the east and south and by the West Lunga River to the west. The rivers in the Park offer great canoeing opportunities with fast rapids and sheer rock walls.

Apart from the allure of a sighting of the golden-rumped tinkerbird, the pristine environment means that the avifauna is particularly rich and the birding is excellent in the West Lunga National Park. The riverine habitats include half-collared kingfishers, African finfoots, and large numbers of black saw-wing swallows, amongst many more common species. Schalow’s lourie and Lady Ross’s lourie are even more common than the grey lourie in this Park. Interesting species found here are the gorgeous bush shrike, crested guineafowl, Purple-throated cuckoo-shrike, Margaret’s batis, and the Square-tailed drongo.