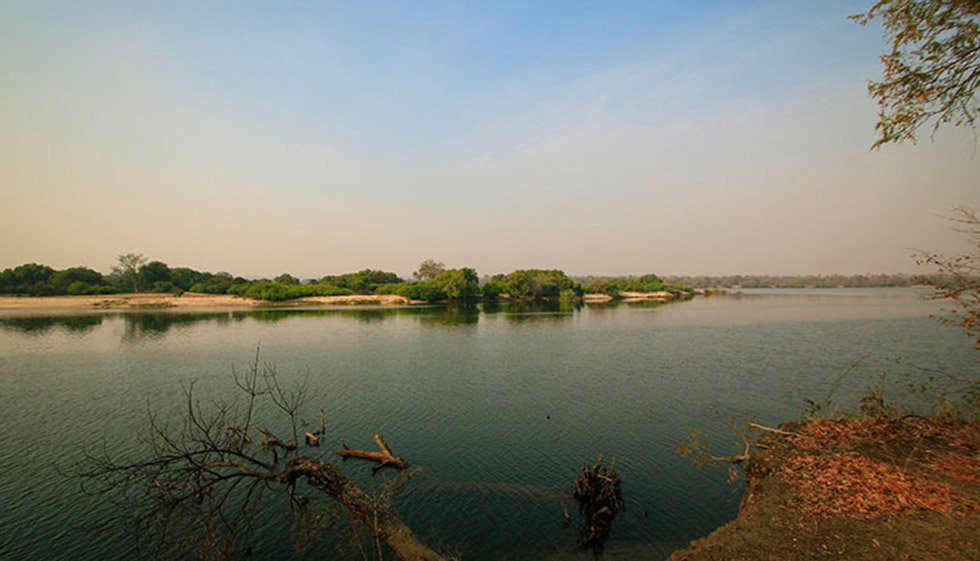 This small reserve was established in 1972 with the idea of having representative wildlife species from Zambia. The park extends from the Batoka Gorge and continues for about 12km along the Zambezi River, above Victoria Falls.

Livingstone itself borders on several ancient wildlife migration routes and river crossing points, some of which are still frequented by elephants. A few of these fall within the Mosi-oa-Tunya National Park, where wildlife can be found throughout the year, but elephants especially, during the drier months.

What makes this park unique in Zambia is that it’s the only wildlife area with white rhinos. These are closely protected from poachers by the scouts from DNPW (Department of National Parks and Wildlife).

This little sanctuary is free from predators. This, in combination with it being an area with manmade boundaries, guarantees an abundance of wildlife throughout the year. In addition to the migratory elephants, wildlife including white rhinos, giraffe, buffalo, waterbuck, impala, wildebeest, zebra, bushbuck, warthogs, monkeys, baboons, hippos, and crocodiles are residents in the park year-round. They inhabit a mix of riverine forest, mopane woodland as well as grassland, which also provides a variety of habitats for numerous bird species.

Within this park is the Old Drift Crossing Point as well as Cemetary, where the first European settlers were buried. Historically, the Old Drift was where ox-wagons were floated across the Zambezi before there was a bridge.

This park is easily accessible from Livingstone town. You can explore parts of the park by vehicle (self-drive or on a game-viewing safari), on foot on a guided walking safari, and also by boat on a Zambezi river cruise.

A visit to Mosi-oa-Tunya National Park is a great activity for the family or for those who would like a taste of safari or a couple of hours away from ‘town life’ but don’t have time to travel further afield.