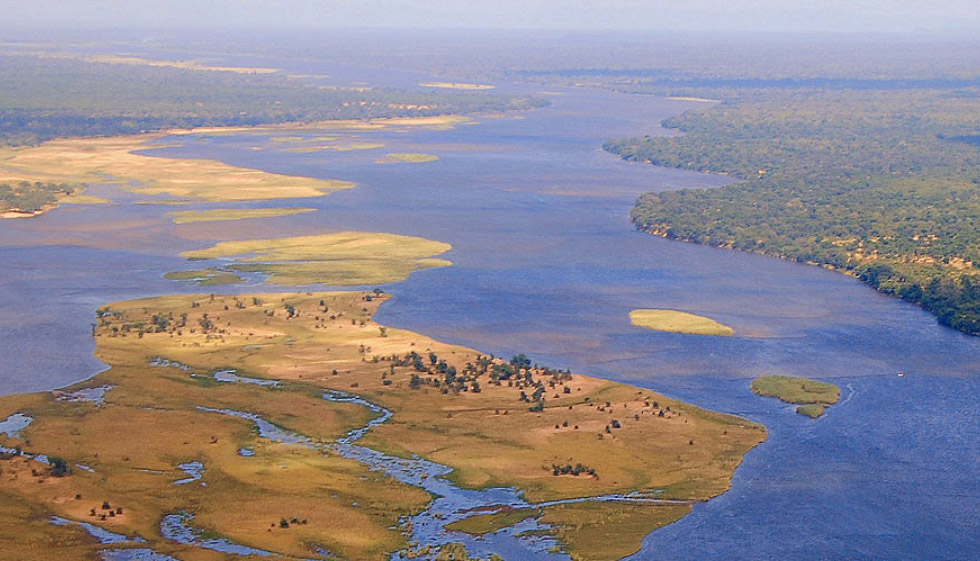 This Park is still relatively undeveloped, its beauty lies in its wilderness state. The diversity of animals is not as wide as the other big parks, but the opportunities to get close to game wandering in and out of the Zambezi channels are spectacular. The Park lies opposite the famous Mana Pools Reserve in Zimbabwe, so the whole area on both sides of the Zambezi River is a massive wildlife sanctuary.

The River’s edge is overhung with a thick riverine fringe, including ebony and fig trees. Further inland is a floodplain fringed with mopane forest and interspersed with winterthorn trees and huge acacias. The hills which form the backdrop to the Park are covered in broadleaf woodland.

Even though the Lower Zambezi National Park covers an area of 4092 square kilometers, most of the game is concentrated along the valley floor. There is an escarpment along the northern end which acts as a physical barrier to most of the Park’s animal species. Enormous herds of elephants, some up to 100 strong, are often seen at the river’s edge. ‘Island hopping’ buffalo and waterbuck are common. The Park also hosts good populations of lion and leopard, and listen too for the ubiquitous cry of the fish eagle.

The best time is mid-season from June to September, but all lodges and canoeing operators are open from April to November. Royal Zambezi Lodge and Kayila Lodge is open all year. Fishing is at its best in September / October.

The existing lodges and canoeing operators provide the best access to the Park. They all offer pick-ups from either Lusaka or Chirundu (where there is a small motel) or Kariba in Zimbabwe. The Chongwe River demarcates the western boundary of the Park and can be accessed from Chirundu along a rough road (4×4 recommended), crossing the Kafue River by pontoon just beyond Gwabi Lodge. From April is a pontoon that crosses the Zambezi from Luangwa Town to Kanyemba in Zimbabwe and to Zumbo in Mozambique. All at the Zambezi/Luangwa confluence.

The ecological unit of LZNP and the Chiawa Game Management Area support a relatively large population of mammals. The escarpment and plateau regions are largely inaccessible and have not been formally surveyed. A small area on the valley floor is host to many of the bigger mammals, elephant, buffalo, hippo, waterbuck, kudu, zebra, and crocodiles, and occasionally, roan, eland, and the Samango monkey. Nocturnal animals here are hyena, porcupine, civet, genet, and honeybadger.

The birdlife along the riverbanks is exceptional. Many a fish eagle can be seen and heard for miles around. Nesting along the cliffs are white-fronted and carmine bee-eaters. Other unusual species are the red-winged pratincole, the elegant crested guinea fowl, black eagle, and vast swarms of quelea. In summer the stunning narina trogon makes its home here. Other specialties are the trumpeter hornbill, Meyers parrot, and Lilian’s lovebird.

The vegetation in the area is predominated by Acacia albida trees, called the winterthorn, growing 10 to 30 meters high, with the classical shady umbrella canopy. It is able to tolerate sandier soils than other woodland species and serves to stabilize infertile sandbanks and reduce erosion. Winterthorn pods are also remarkably nutritious to elephants who digest it leaving about 40% intact, thereby ensuring its dispersal.