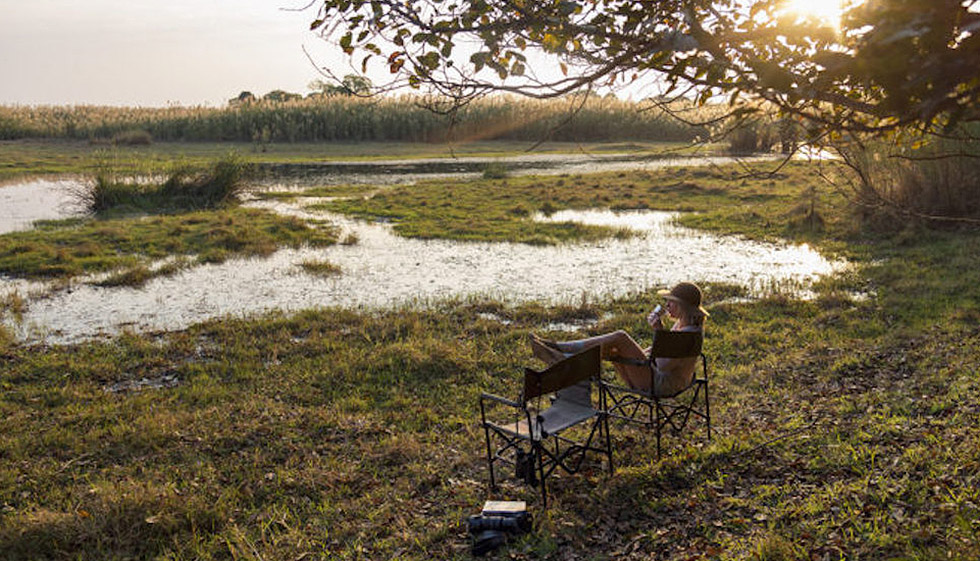 This peaceful sanctuary, situated on the southwestern edge of the Lake Bangweulu basin, is one of Zambia’s smallest national parks. It’s 450 km2 however, is so well endowed with rivers, lakes, wetlands, forests, lagoons, meadows, and dambos that it supports a uniquely wide range of animals and abundant birds and fish.

Do not expect to see large herds of animals around every corner, but it is surely one of the most picturesque parks in Zambia with superb birdlife.

About ten years ago Kasanka was in danger of becoming yet another defunct national park due to rampant poaching. David Lloyd, a British expatriate, who had lived in Zambia for many years, visited the Park in 1985 and heard the crack of gunshots. He concluded that if there was still poaching there must still be animals there and set out to save the Park from total depletion. He teamed up with a local farmer, sought funding, and along with much of their own resources applied for official permission to rehabilitate the Park. They built tourist camps, roads, and bridges and set up the Kasanka Trust to raise funds for this community-based project. Slowly it began to earn a little money from tourists to help cover costs. Three years later the National Parks and Wildlife Services Department was sufficiently impressed to sign a 10-year agreement with the Trust allowing full management of the Park in conjunction with National Parks & Wildlife Services and to develop it for tourism in partnership with the local community.

Today, although there is still none of the heart-stopping walking safaris amongst elephant herds, or any lions brushing past your open vehicle as in the larger parks, there are some of the rarest birds and animals in the country, found in the beautiful miombo woodlands, swamp forest, grasslands, floodplains, and riverine bushveld, to be enjoyed on leisurely walks and drives. There are ample opportunities for fishing tigerfish, bream, and barbel in the beautiful Luwombwa River. Boats are available for hire but you should bring your own tackle.

Recovering from depletion are hippo, sable antelope, and Liechtenstein’s hartebeest. The puku, once reduced to a few hundred, today exceed 1500. There are fairly big herds of the swamp-dwelling sitatunga, reedbuck, waterbuck, Sharpe’s grysbok, and the rare blue monkey. Elephants also appear from time to time, and their numbers are expected to recover. Together with Kasanka’s noted birdlife, the animals can be seen on guided walks through the grassy plains, mushitu forests, large tracts of miombo woodland, and alongside the riverine forest and papyrus swamps. Over 330 bird species have been recorded, including such rarities as Pel’s fishing owl, the Pygmy goose, Ross’s loerie, the osprey, and the wattled crane. If you’re lucky you’ll catch a glimpse of the rare shoebill stork.

Kasanka ia open all year round. Birding is especially good in the wet season from November to March when migrants arrive from the north. Game viewing is best in the dry months from May to October.

Take the Great North Road from Lusaka, turn right just after Kapiri Mposhi, and leave after Serenje on the road to Samfya. Turn left at the 54km mark into the Park at the Malaushi gate.

Not to be missed is the unique platform hide, 18m high in a giant mululu tree with a panoramic view over the Kapabi Swamp. The rare and elusive sitatunga aquatic antelope feeds in the swamps below in the early mornings or late afternoons.

A startling sight from the hide in November and December is the evening flight of several million fruit bats leaving their roosts in search of food, darkening the sky for a few moments.

The Chisamba Wamponde pan attracts large herds of puku, spur-winged goose, and saddle-bill storks, and hosts many hippos and waterbuck. Duiker is often seen in the woodlands fringing the pan. Lake Ndolwa is a beautiful and secluded spot where the shy shoebill stork has been seen in the papyrus reeds flanking the lake. Chikufwe Plain is particularly rewarding in the early hours of the morning during the dry season. The plain is the favourite haunt of the sable and also attracts large numbers of hartebeest, reedbuck, and occasionally a few zebra and buffalo. This is an excellent birdwatching site too, especially for raptors such as the black-breasted snake eagle.